The Baat Pakki, or BP as we called it, was tricky to explain to my non-Pakistani friends…..”so, it’s an engagement,  but not an engagement?” Pretty much, I told them.

At least that’s what my experience was, but every fam does it differently I’m sure. I actually had 3 variations of engagements, or declarations of commitment! The first was when SMs family met mine for the very first time before SM returned to law school in the UK. This was the first time our families were meeting, and so I thought it would be just that. So when my now MIL asked me to come sit beside her and she iced my hand with a diamond tennis bracelet,  while telling my mom her intention that SM and I would marry upon his graduation,  I was not expecting it! After they left I remember calling SM and saying “so what was that? A baat pakki?” (Which basically is that – the two families declaring and celebrating the eventual union of the couple, with customs and gifting involved). But SM was very non chalant about it, insisting it wasn’t a baat pakki, just a gesture.  We’ve now come to deem it the “pre-baat pakki”, lol.

The actual, official baat pakki happened a year later in the summer. It was at SMs house and I was expecting it to be small, loll -it wasn’t,  his two khalas (aunts) had flown in from the UK for the event and there was at least 50 people there. I was so so so nervous! I wore this pink sari that I got from Gerrard Street (there are some diamonds in the rough there! ) with matching pink choorian (bangles), had my makeup done by a boutique in Yorkville,  and my hair colored by my very trustworthy colorist Tristan at Industry Salon in Yorkville, and my hair styled at the same place. The jewelry I’m wearing is a gold set of my sister’s that was from my mom’s wedding jewelry collection. I love the traditional gold styles!

At the time of our official BP, SM was still in school and just working in the summers, but wanted to be able to buy the ring himself,  so he didn’t put a ring on my finger at the actual BP (which made for the confused “so…are you engaged?” questions). Instead he popped the question less than two months later in what was nothing short of a magical, romantic, production- definitely deserving of its own post (to come!).

Hence, I essentially had three different expressions of commitment leading up to my BFPW! Part and parcel of a longer engagement perhaps!

View all posts by safazaki2013 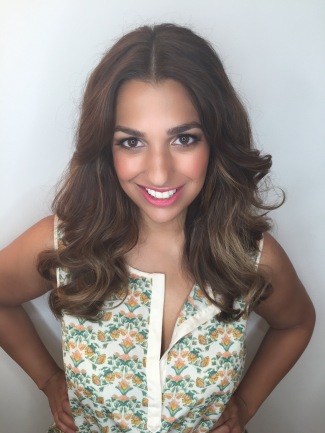 How every memory is categorized. Thanks @theimaginarylibrary for the illustration inspiration. Sending love to those struggling with entering a new decade without them. #Grief